HOW TO NOT BE NERVOUS FOR AN INTERNSHIP OR GRADUATE INTERVIEW 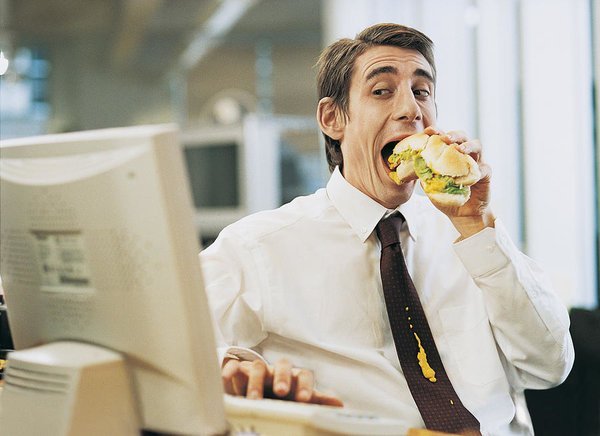 “Do you mind if I come back there and make my own sandwich?”

I asked the guy working behind the counter at Subway on Tottenham Court Road, London.

This was one of the surprisingly effective methods I used to improve my performance in internship and graduate interviews, and finally eat a sub with the perfect southwest sauce to sweet corn ratio.

I think he meant ‘no f*** you’. I didn’t correct him because I am Indian myself and this guys grandad may have helped my grandad build the well that supplied the water to my ancestors.

What is the ‘UK-social-skills gap’?

Anyway, a few weeks earlier I had been in an interview at one of the top investment banks in the city. As I mumbled and fumbled an explanation as to why I was worth £4k a month to a 50-year-old man who refused to smile, I caught a glimpse of the ‘gap’.

The gap between who I was and who I needed to be to land a job like this. I wasn’t the only one who noticed a big gap. Many of my friends at uni had one too.

If you add all these gaps up, you get the mother of all gaps which I call the ‘UK-social-skills gap’.

This gap exists because of the hours and hours everyone spends studying during high school and 6th form. The UK is obsessed with exams and this breeds introversion.

To put things in perspective, our American counterparts have spent nearly twice the amount of time we have on soft skills building extra-curricular activities. There’s a reason why our friends on the other side of the pond produce charismatic political leaders like Obama and we come out with this guy…

Are academic qualifications enough to get you a job?

Since the age of 14, I held this belief that, when it came to finding and securing a job, my academic qualifications will do most of the work for me. Oh, how wrong I was!

How can my performance in a 30-minute interview compare to the several years of work that went into getting those grades?

Now as an employer, I understand how much a 30-minute conversation can reveal about someone. More than any piece of paper ever can.

Are there techniques you can use to nail interviews?

One week after my interview, I received an e-mail rejection – ‘no you f***!’

That started my campaign, mission…obsession to improve my soft skills and ultimately persuade an employer to hire me.

From reading popular books like How to Win Friends & Influence People to shady shallow books that teach men how to seduce women like ‘The Game’ to blog posts on the internet, I read a lot.

There were over 300 million search results when typing ‘How to ace an interview’ in Google.

All this research left me feeling informed but overwhelmed.

Extended eye contact, pausing for 2 seconds before speaking, shoulders back-head up body language – How do I remember all of these techniques and use them in practice? Which ones do I focus on first?

How to learn to execute those 'techniques'

The reality is that NO ONE can consciously think about all these techniques in the middle of a conversation.

You only know if you’ve made an impression retrospectively after the social interaction is over.

Charismatic verbal and non-verbal behaviour must be learned habitually and displayed instinctively.

After having this realisation, I first narrowed down the best-practices and charisma enhancing techniques to the ones that actually worked – prioritising those with strong academic evidence.

Then, while at university I practised one technique every day for a fixed period of time until it became second nature.

One approach I used was inspired by American entrepreneur Jia Jiang’s ‘rejection therapy’. Jia deliberately put himself in uncomfortable situations where he was likely to be told “no” to normalise the experience of being rejected.

Among other tasks, I decided to…

It was difficult to measure the effect all this was having, and I wasn’t sure if it was all worth it until my next round of interviews the year after.

Having failed to pass a single first-round interview the year before, I converted 12 applications into 6 final round assessment centres and 3 offers!

In addition, I secured a first-class honours degree in Chemical Engineering and an award from the dean of students for achieving one of the highest scores in my year group.

Being honest and objective about the gaps in my skill-set, creating a plan and executing it in a way that was fun; helped me build enough confidence to impress internship and graduate interviewers.

When trying to impress in high-stakes situations like interviews or presentations, social anxiety is half the battle.

Once you dampen and squeeze all emotional churning in your head, you will create space for productive thought. You’ll become better at thinking on the spot, projecting charismatic behaviour and communicating clearly.

Without sounding arrogant, my approach got me everything I wanted and has helped hundreds of my mentees over the years. This is why I felt qualified to write a book on the subject…

Have a read, execute my strategy and let me know how your next round of interviews go!

EXAM BOARDS HAVE PUBLISHED YOUR EXAM QUESTIONS! HOW TO SYSTEMATICALLY LEARN THE ANSWERS

YEAR 12s HAVE AN UNFAIR ADVANTAGE. A SIMPLE IDEA THAT ALMOST GUARANTEES YOU A*-As – CASE STUDY

SHOULD I KEEP REVISING, DESPITE EXAMS BEING CANCELLED DUE TO CORONAVIRUS?

2020 EXAMS ARE CANCELLED. HOW WILL I RECEIVE A GRADE?

HOW TO STOP FALLING ASLEEP WHEN REVISING – 12 TOP TIPS

ADJUSTMENT VS CLEARING – WHAT IS THE DIFFERENCE?

How Much Does it Cost to Retake an A-level?

WILL RUSSELL GROUP UNIVERSITIES CARE IF YOU RETAKE YOUR A-LEVELS?

WANT TO NAIL YOUR EXAMS?

Yojana, our personalised study strategy, shows you when, what and how to achieve top grades in each of your subjects. Give it a go below!